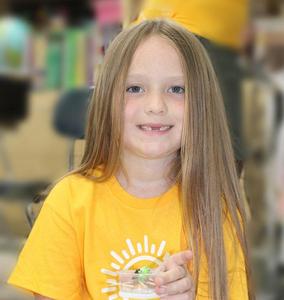 SOLARBOT
The campers investigated one of the cricket’s predators, the SPIDER, and discovered some unique and incredible features of different kinds of spiders. Then, they used a brainstorming tool called webbing to apply arachnid knowledge to invent a way to protect the SolarBots from predators.

OPEN MIC
Prototypes of the inventions were created to better communicate how they might work. Campers even learned some DIY tips on how to use cardboard in unique ways to add strength, flexibility and improved function.

DUCK CHUCK
It was a busy day for the Duck-Chuckers! They learned how different fulcrums affected how far they could throw the ducks. The campers explored velocity and used this knowledge to improve their devices. Then critical thinking skill were used to further modify the launchers and create the ultimate DUCK-CHUCKING DEVICE!

ROAD RALLY
Campers examined the unique features and adaptations of several animals and plants to select which ones they wanted to incorporate into their super-morphing vehicle. They learned the power of making one small change, and then changed their vehicles to operate with a pulley-and-belt system!