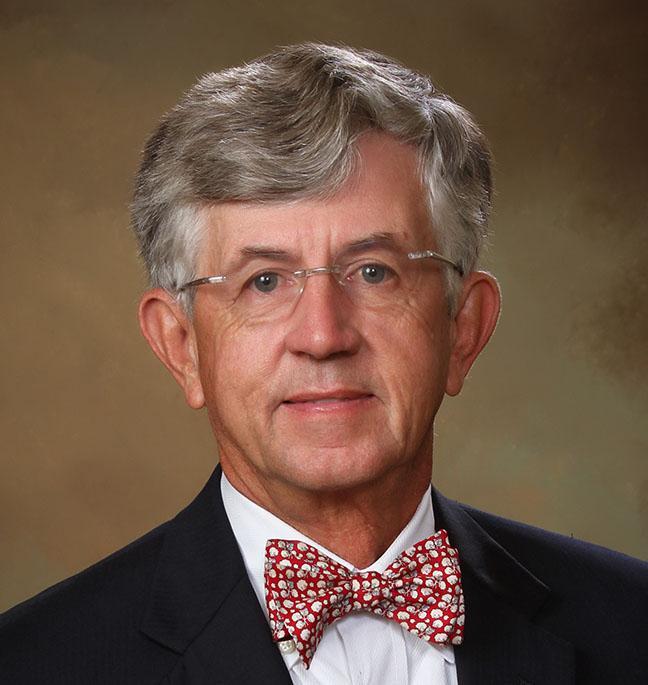 Mr. Mike Sturdivant has been named as the recipient of the 2021 Bob Hardeman Distinguished Mustang Award. Mike is being recognized for his dedication and commitment to the advancement of Pillow Academy. Mike attended Millsaps College and Harvard Business School before returning home to become a partner in the family farming business in 1974. He continues to farm cotton, corn, and soybeans with his brothers, Walker and Sykes in the Tallahatchie County area and is Vice-President of the Sturdivant Brothers Flying Service.  Mike and his wife, Jan, live in Itta Bena.

Throughout the years, Mike has served in many volunteer leadership positions and received many awards for his work. He was named the Mississippi Farmer of the Year in 2017 and Sunbelt Southeast Farmer of the Year in 2012.  He is Chairman of Staplcotn Cooperative of Greenwood and a director of the Mississippi Methodist Hospital and Rehabilitation Center in Jackson, director and Past Chairman of Delta F.A.R.M, former director and Chairman of the Memphis Branch of St. Louis District of the Federal Reserve Bank, Past President of Delta Council, vice chair of the Greenwood Leflore Airport Board, and past chairman of the Pillow Academy Endowment Board.  Mike was a member of the first Pillow Academy Endowment Board in 1993 that started with a small endowment and has since grown to four endowments that total over $10 million dollars.  Mike served on the Endowment board for a total of 12 years and was instrumental in starting the PA insurance program.  Mike developed a fondness for Pillow Academy Lady Mustang Basketball while his daughter, Lee, was a member of the team and remains a huge fan of lady Mustang basketball.

Mike’s family history is deep with Pillow Academy.  His parents, Ygondine and Mike Sturdivant, were honored as the 2012 Bob Hardeman Distinguished Mustangs.  Mike and his wife, Jan, have two children.  Micajah Sturdivant, class of 1997 and Lee Sturdivant Carby, class of 1999.  Micajah and his wife. Grace. live in Jackson with their three daughters, Eleanor, Garnett and Sykes.  Lee and her husband, Hyde, live in Natchez and have two children, Jane and Walker.